Today, we did something that delighted our hearts – we ensured putting signage boards in the Delhi flyover at Barapulla which Delhi Chief Minister and AAP Convener Mr. Arvind Kejriwal had promised to rename after the legend national hero Baba Banda Singh Bahadur.

The important thing to note is –

Many people including Arvind Kejriwal fans asked me that since the name exists in Google Map, what is the need of a Signage or a road side board?

Let me answer – The reason we name roads and monuments after great personalities is to keep reminding the younger lot about our glorious heroes of the past. I am very sure whenever a family crosses Kautilya Road or Baba Kharak Singh Marg or Tilak Marg, children sitting with you will ask who was Kautilya or Baba Kharak Singh and so on. And that’s how conversation about our rich past starts. 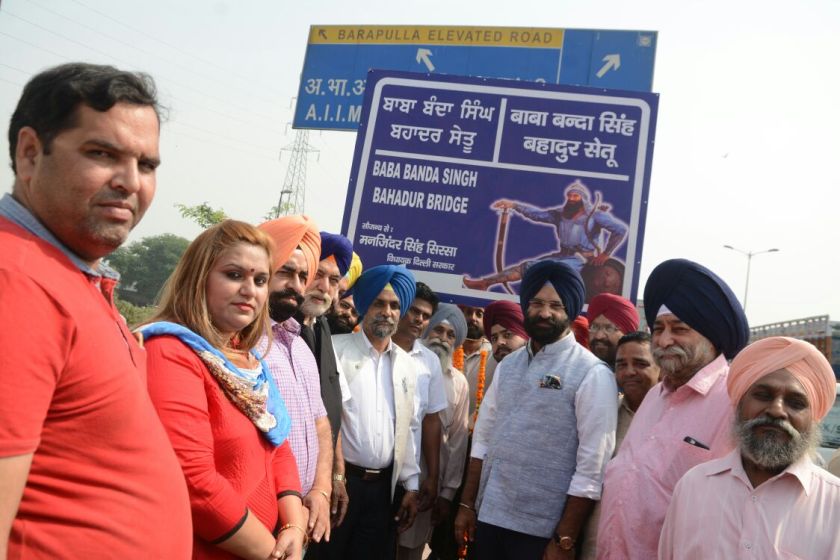 Mr.Kejriwal, by ignoring to change the signage has tried to belittle the great national hero about whom Pm Sh. Narinder Modi Ji himself had said that nation owes it survival to Baba Banda Singh Bahadur ji and he bows his head before this great personality.

Keeping the sentiments of the people in mind, we have today put up signage of renaming this bridge Baba Banda Singh Bahadur Setu and hence after today it will be known by this name.

I would like to say that making an announcement is one thing; following it up with action at ground level is another! Until Mr Kejriwal walks the talk, he would be called a manipulator and a fraud… by every Delhite, sooner or later!